What is SAF and why is it a great tool for goods owners to act sustainably ?

As the world takes to the skies after nearly two years of pandemic, it does so with renewed enthusiasm for decarbonizing the aviation industry. If you work in aviation, or in transportation more generally, you have probably come across the concept of sustainable aviation fuel, or SAF, in articles and via your LinkedIn feed. In this article, we look at what SAF is, why it is a great tool for goods owners to act sustainably, and how it may be a major piece of the decarbonization puzzle.

Do you want to participate in our webinar "Less is more: supply chain sustainability"?

The challenge of decarbonization

Decarbonizing aviation is not a one-solution-fits-all endeavour. Rather, it is a combination of energy-saving technologies, government legislation, consumer and corporate buying power, and developments in fuel. The list of approaches that can save energy is extensive, such as big-data analysis to optimize engine maintenance; training and incentivizing pilots to eco-drive airplanes; airports and airlines implementing various technologies and processes to reduce energy usage on the ground; and new materials and plane types that enable increased fuel efficiency. In a study by Boston Consulting Group, airlines have reduced fuel consumption by 2.3 % every year during the last decade. To achieve the IATA’s current target of net zero by 2050, airlines must continue to attain the same reduction or more every year. An annual reduction of 1.7%, for example, would only decrease emissions by around 40% by 2050. Energy-saving technologies and optimization are vital parts of decarbonization, and without them, net-zero flying will not be achievable in time. However, energy saving is also not enough to reach the targets of the Paris Agreement, and this brings us to the subject of this article, namely sustainable aviation fuel. What is it and how can aviation companies accelerate the use of SAFs?

What is SAF (Sustainable Aviation Fuels) ?

SAFs are a collection of fuels with two common denominators: they are drop-in fuels by design and are made from renewable feedstock. SAF is chemically equivalent to conventional jet fuel and can be blended with, or “dropped in” to, conventional fuel. For these reasons, SAFs require no manipulation of plane engines, can be distributed and stored in existing infrastructure, and can be handled by airports with no additional complexity. These properties give SAF tremendous appeal for airlines and other aviation stakeholders. According to IATA, SAF has the potential to replace 65% of conventional jet fuel by 2050, but with this 30-year perspective, really the sky is the limit.

SAFs can be divided in two groups based on feedstock, and these are bio- and synthetic fuels. Bio-derived fuels use organic matter, for example used cooking oil, animal fats, household waste, and energy crops, as feedstock, while synthetic alternatives are created from CO2 captured from the air or from industry emissions. The latter fuels are currently in experimental development while the HEFA-production process of using biomass such as cooking oil is a mature technology and can be industrialized. However, other organically based approaches are still technologically immature, and processes such as gasification, turning household waste into fuel, alcohol-to-jet production, and converting wood-based waste, such as used pallets and forestry residue, into SAF will be established over the coming decade.

To understand the appeal of SAF beyond airlines, we need to look its potential to reduce emissions from transportation from a mass balance perspective. Every time CO2 is released from a fossil fuel source, it adds to the overall CO2 mass in the atmosphere; it makes no difference whether that CO2 is released in Chile or in Norway. By the same logic, it is also irrelevant where CO2 additions are avoided. This opens up potential for shippers to use SAFs to neutralize emissions by replacing conventional fuel anywhere in the world.

Company X is air-shipping a box weighing 100 kg from Amsterdam Airport Schiphol to Los Angeles International. This shipment will add approximately 0.734 tons of CO2 to the atmosphere, (using Ecotransit World calculation methodology). Reducing these emissions to zero by replacing the fossil jet fuel with SAF would require approximately 0.27 tons of SAF, and this can be used not only in the aircraft carrying the goods but in any other plane anywhere on the planet. The mass of CO2 in the atmosphere does not care where emissions are taking place or indeed being reduced. Company X can buy SAF in, let’s say, Helsinki to mitigate the emissions caused by the flight from Amsterdam to Los Angeles. This gives shippers a tool to reduce emissions on any consignment, whether or not SAF is available at the airport of origin. If you’re confused, let’s take the opportunity to add a little more complexity. Using mass balance benefits to reduce emissions often relies on a “book and claim” system by which SAF is booked from a refinery to be used against a specific flight, and only when that fuel is delivered to an airport can the CO2 reduction be claimed.

How shippers can make the difference?

To address the challenge of creating demand for SAF, shippers should see SAF as an opportunity to enable sustainable development. By buying SAF, transport emissions are reduced here and now but investment in refineries is simultaneously incentivized by raising demand. If there is a steady increase in demand for SAFs, major players are more likely to risk investing in facilities which will then be operational for 30 to 50 years. Airlines, governments and shippers can create the demand that will enable SAF producers to build production, develop technologies, and extend distribution.

The second challenge relates to feedstock supply. It is believed that as SAF production increases, its price will decrease, elevating demand to such a point that feedstock availability would limit production capabilities. People don’t eat enough French fries to support the amount of cooking oil needed, and the same goes for other fatty acids currently used in HEFA-based SAF production. Additionally, the direct use of crops has to be ruled out as unsustainable because of the need to use land for food production and the ecosystem problems that can occur when widespread monoculture is allowed. Therefore, the SAF industry needs to develop technologies that can use other sources, such as solid biowaste, as well as other synthetic fuels that rely on inorganic feedstocks. Fundamentally, the solution is solid demand for SAFs; only then can developers and investors afford the risk of fully exploring the technologies needed to transform the aviation industry.

Want to know more on Sustainable Fuel and mechanisms of insetting and offsetting ?

Ask your question to our SAF expert here

Alexander
Höglund
Senior Advisor Sustainability at GEODIS
Alexander Höglund is a senior expert on sustainable transformation in the logistics sector. His duties range from sustainable strategies, energy transformation, data analysis and more. Alexander has more than 10 years of experience in the field.
Linkedin 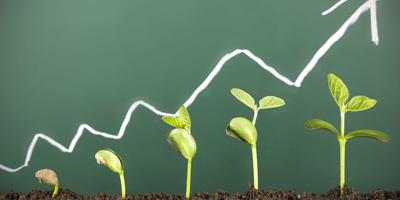 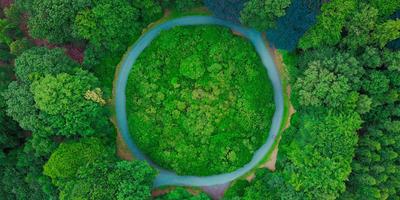 Nowadays, the product life cycle becomes shorter and shorter due to the development of technologies and faster distribution cycles.

Nowadays, the product life cycle becomes shorter and shorter due to the development of technologies and faster distribution cycles.